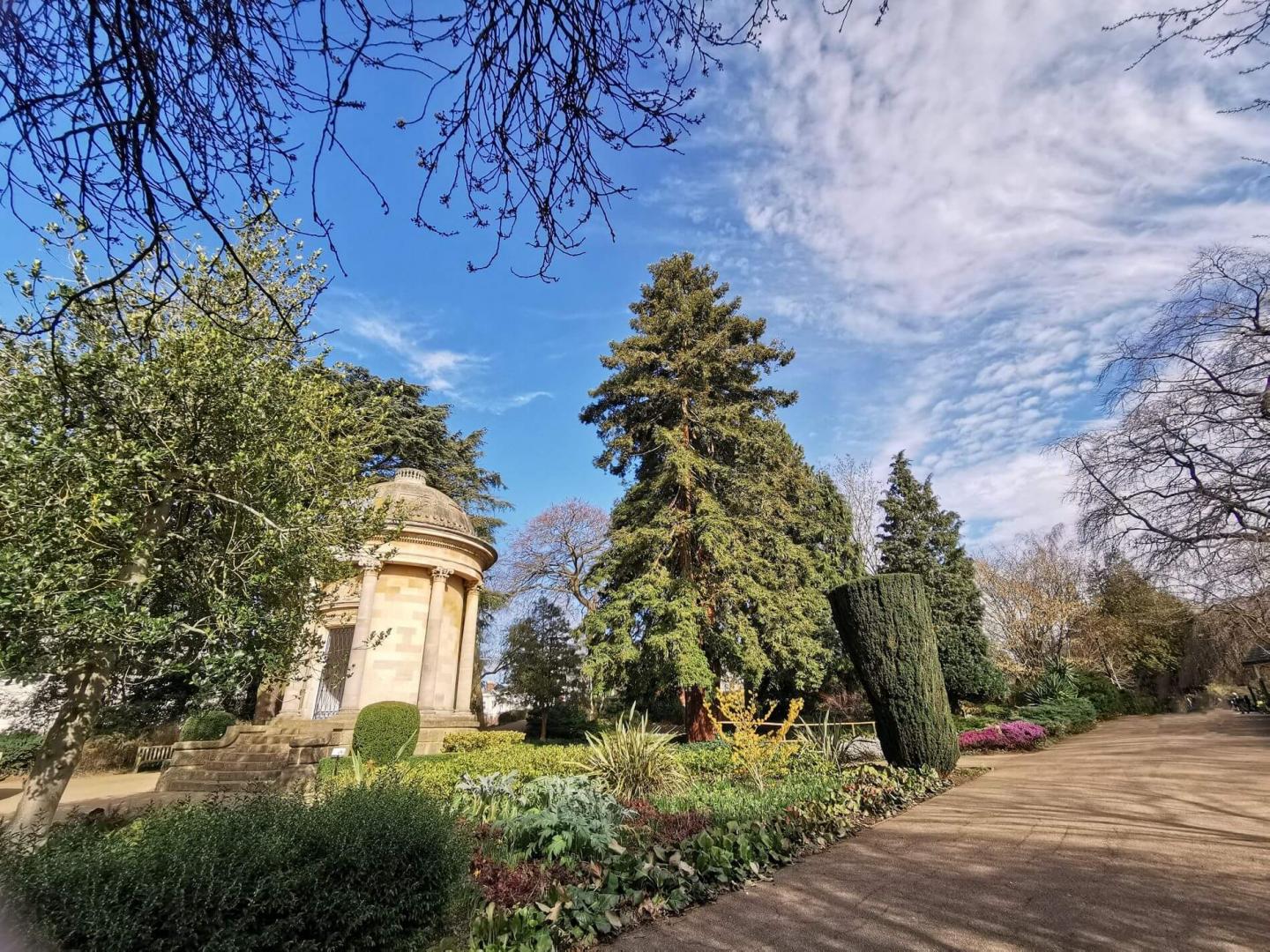 Royal Leamington Spa is a beautiful and prosperous town located in the heart of Warwickshire. With a current population of around 50,000, the town’s growth was largely due to the natural spa springs that were discovered and commercialised in the nineteenth century.

Known for its wide boulevards, Georgian and Edwardian architecture and stunning parks, it’s easy to see why Royal Leamington Spa is a popular destination for families, retirees and young professionals alike. In fact, in 2017, it was named as the happiest place in England.

The ancient town of Warwick is located roughly three miles to the west of the town, with Stratford-upon-Avon to the south west. Coventry and Kenilworth are also close by, along with Cubbington, Old Milverton and Radford Semele.

The Grand Union Canal is used for recreation. This crosses the River Avon between Leamington and Warwick, and then passes the town to the south, parallel to the River Leam to the north.

There are national and local cycleways into and around Leamington.

Since 1978, the annual free festival and celebration of alternative culture called the Peace Festival has been held in the Pump Room Gardens. With a variety of stalls ( arts & crafts, the clothes and food from all round the world) and live music, if the sun is shining on that weekend in June the town is bustling with extra visitors.
Live music Classical music concerts are organised throughout the year in the Leamington and Warwick area, including the International String Quartet series at the Royal Pump Rooms. The Assembly, is a 1,000 capacity music venue attracting national and international artists, and was awarded 'Live Music Venue of the Year' at the 2010 Music Week Awards. The Leamington Spa Competitive Festival for Music Dance and Drama is staged annually.
Theatre and cinema

Leamington Spa and the surrounding area, known as Silicon Spa, is a significant global centre for the video game industry with a higher than average proportion of digital media companies involved in games development, digital design and publishing, and over a thousand employed directly in game development.

Local hospitals include Warwick Hospital and the Warwickshire Nuffield Hospital
Leamington became a popular Spa Resort attracting the wealthy and famous, with numerous Georgian townhouses to accommodate visitors. Construction of what is now the Parade began in sections from 1808, the Regent Hotel in 1818, a town hall in 1830. and the Jephson Gardens in 1834.

Although the town has a distinctly countryside feel, it is within easy reach of larger cities, including Warwick, Stratford upon Avon, Kenilworth, Solihull and Birmingham.

Leamington Railway Station is served by the Chiltern Main Line, which links London Marylebone to Birmingham Snow Hill and onwards to Kidderminster.

Regular bus services to Kenilworth, the University of Warwick and Coventry are operated by Stagecoach in Warwickshire and National Express Coventry.

Leamington Spa is located just five miles from the M40, which connects London and the Midlands, and is also easily accessible from the M6, A46 and M45.

Royal Leamington Spa has plenty to offer in terms of shopping and leisure.
There are over 40 restaurants and takeaways, around 50 bars and countless cafes. It’s also a great spot for shopping, with a wide variety of boutiques and salons, as well as national, high street brands.

If fresh air is more your thing, the town is home to a variety of green spaces, including Jephson Gardens, Mill Gardens, Pump Room Gardens and Victoria Park. You can also hire rowing boats and canoes on the River Leam, or simply sit on the banks of the river and watch the world go by.The Royal Pump Rooms are one of the town’s most popular historic attractions, while the Leamington Spa Art Gallery and Museum hosts a wide variety of events and exhibitions throughout the year.

The Art Gallery & Museum holds a collection of over 12,000 objects, including fine and decorative arts, as well as items relating to local and social history. It provides exhibitions in the visual arts and about the history of the town, supported by workshops, talks and other events.

The Leamington Spa we know today was built on the site of a much smaller village known as Leamington Priors. Today, two original buildings from the former village can still be seen to the east of the Parish church.

In the nineteenth century, the town became a fashionable resort, with visitors flocking from all over the world to the spring waters they believed could cure or treat their illnesses and ailments. These waters can be tasted for yourself near the entrance to the library.

During the early to mid nineteenth century, Leamington was laid out as a new town, with wide streets running in an organised grid.