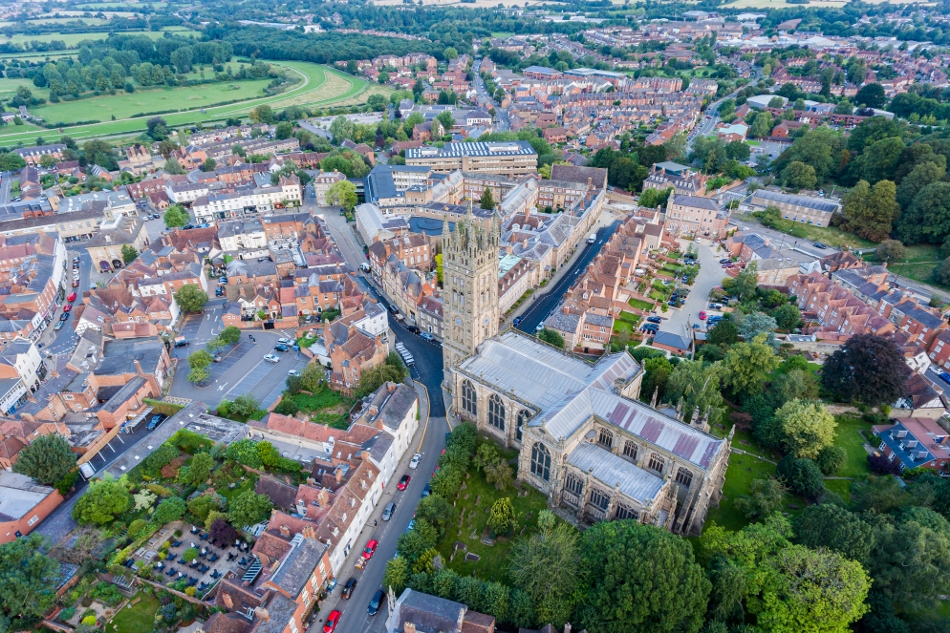 Warwick is a town rich in lovely old buildings, many dating from Tudor times. The fine church of St Marys dominates the surrounding landscape and its perfectly preserved castle attracts tourists from around the world. It is a blend of the old and the new, from gift shops, antique centres and traditional tea rooms to fashion shops, art galleries and superb restaurants. Market Place is the heart of the town, hosting a variety of cafes, pubs and shops and a thriving market every Saturday, there is also a museum here hosting a number of activity events. Swan Street is always a hive of activity and the town’s busiest shopping area and Smith Street is the oldest shopping parade in Warwick and boasts a unique mix of independent boutiques and restaurants.

Warwick has a wide variety of attractive parks and stunningly kept green spaces, both privately and publicly owned. They range from the charming Victorian Hill Close Gardens, the Master’s Garden at the Lord Leycester Hospital and the spectacular Mill Garden to the public spaces of Priory Park, St Nicholas Park and the Pageant Garden. Check out our Instagram @pittawaythompson for videos of some of these parks.

Close to the town centre, near the West Gate is Warwick Racecourse, one of the oldest racecourses in the country, which hosts several televised meetings a year. Within the racecourse is a small golf course.

Due to its proximity to north-south and east-west motorway routes, many companies have a head office in the town.

There is also an out-of-town retail park, Leamington Shopping Park (formerly The Shires).

Warwick hosts several annual festivals, including the annual Folk Festival and a Victorian Evening, held in late November or early December. St. Mary's Church hosts a series of concerts and the Bridge House Theatre at Warwick School has a full programme of plays and concerts.

Warwick Hospital is located within the town and along with Stratford Hospital serves as the main hospital for South Warwickshire.

There are a number of primary and secondary schools located within Warwick, both state and independent. Including Warwick School for Boys and King’s High School for Girls, now amalgamated on the Warwick School site. Coten End and Emscote infant schools are also Ofsted rated Outstanding.

Warwick is on the M40 London-Birmingham motorway, connected to junctions 13, 14 and 15; it is also on the A46 dual-carriageway trunk road, positioned between Coventry and Stratford.

The town has a railway station with direct rail services to Leamington Spa, London, Birmingham and Stratford; these services are provided by Chiltern Railways. In addition, a few peak-hour trains to and from Birmingham are operated by West Midlands Trains. Warwick Parkway, an out-of-town station opened in 2000 to the west of the town, provides faster commuter services to London (about 1 hour 10 minutes) and Birmingham (about 30 minutes).

Bus services to Leamington Spa, Stratford-upon-Avon and Coventry are operated by Stagecoach Warwickshire from the bus station in the town centre.
There is a National Express coach stop in the town's bus station with limited services and nearby Warwick Parkway railway station also has a coach stop with more frequent services.

The Grand Union Canal and the River Avon pass through the town meaning 800 visiting narrowboats come by water to Warwick each year and moor on the arm of the canal.

The nearest international airport to Warwick is Birmingham Airport, about 20 miles by road from the town centre.